In-Home Alzheimer’s Care or Dementia Care- which do you need?

While both of these types of eldercare share a lot of similarities, these are actually meant for the elderly with quite different conditions.

In order to compare in-home Alzheimer’s care and dementia care, it is essential to first understand the difference between Alzheimer’s disease and dementia. People often consider these conditions the same. When, in reality, these are two quite different things.

The first rather surprising thing to understand is that dementia is not a particular disease. It is in fact a syndrome, which means it is a set of symptoms with an indefinite diagnosis. These symptoms can affect seniors in their activities of daily living (ADLs).

You can define dementia as an irreversible decline in brain function. Moreover, it is an umbrella term for a set of symptoms that include chronic memory loss and decline in cognitive abilities. According to World Health Organization (WHO), around 48 million people are suffering from dementia around the globe.

What are the types of dementia?

As dementia is an umbrella term, it encompasses many different types of diseases. Some of these types are:

What are the symptoms of dementia?

The early symptoms of dementia are usually vague and subtle, which makes it hard to diagnose. Still, there are some common symptoms that usually hint towards dementia:

What are the seven stages of dementia?

What is dementia care?

Now that you know how broad dementia is as a term, it is understandable that the care provided for dementia has to be quite versatile. It has to account for different types, symptoms, and stages.

Each case may vary from another depending on the combination of these types, symptoms, or stages. Moreover, the uniqueness of each case demands very personalized care for the seniors, as there can’t be one size that fits all.

What is Alzheimer’s disease?

Unlike dementia, Alzheimer’s is a specific brain disease that causes dementia. It causes a progressive and irreversible decline in memory and thinking skills.

Alzheimer’s has become synonymous with dementia because 60-80 percent of dementia patients are suffering from Alzheimer’s.

What are the symptoms of Alzheimer’s disease?

In addition to the somewhat similar symptoms of the two, Alzheimer’s has the following significant ones as well:

What is Alzheimer’s care?

With this information, you now know the difference between in-home Alzheimer’s care and dementia care. The confusion between the two occurs because Alzheimer’s is a type of dementia and they both share many similar symptoms. But as discussed above, these are actually different eldercare which may have significant differences depending on the stages and types.

Thank goodness for the fine people at FSC! 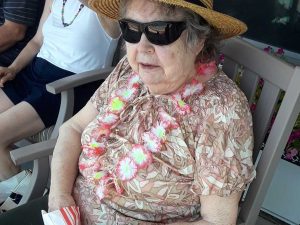 Read more “Thank goodness for the fine people at FSC!”

You guys do an awesome job!

Many blessings to FSC

Excellent, thorough, and timely help is how I can… Read more “Many blessings to FSC”

I can’t express how thankful I am…

Just Want You to Know